At the closing of the 87th OIE General Session, countries commit to responding to the sanitary challenges of today and tomorrow, protecting animals and the livelihoods of families who depend on them, by the adoption of several resolutions. From the new OIE international Standards adopted, to the impact of external factors in the Veterinary Services, the state of play of the global animal health situation with a particular focus on the devastating African swine fever, official disease status recognised, and an update on the fight against antimicrobial resistance, here is an overview.

Chaired by the President of the OIE, Dr Mark Schipp, the Delegate of Australia, the 87th General Session of the World Assembly of OIE Delegates took place this week at the Maison de la Chimie in Paris. Nearly 900 participants, including the Delegates of 182 Member Countries and scientists and observers from 71 organisations participated in this event.

The event was held in the presence of 21 Ministers and Vice Ministers, as well as key institutional stakeholders. Mr Didier Guillaume, Minister of Agriculture and Food of France, the Organisation’s host country, addressed a speech to the Assembly at the opening of the session of Monday 27 May.

After six days of consultation, 33 Resolutions were adopted by the OIE Delegates including new and amended international standards aimed at protecting and improving animal health and welfare. In addition, the World Assembly proceeded to the election of members of the Bureau of the Regional Commissions: 2 for Americas, 3 for Asia, Far East and Oceania, 2 for Europe and 1 for Middle East, as well as 2 members to the Council.

The proposal of the United Arab Emirates to host an OIE Sub Regional Representation within the Abu Dhabi Agriculture and Food Safety Authority (ADAFSA) in Abu Dhabi was welcomed by the Assembly. This new office will strengthen the cooperation with the OIE and among the Members of the subregion addressing their main concerns, such as zoonotic diseases and animal welfare.

What is new in the OIE international Standards?

Whether it’s in the field of terrestrial and aquatic animal disease, disease prevention and control, animal welfare or diagnostic methods and vaccine quality, the OIE Delegates adopted and revised many international standards at the 87th General Session. The detailed number and some notable changes are described below:

In addition, some Glossary definitions were amended in the two Codes.

Several chapters on various animal diseases were added or revised, as were some of the generic chapters.

Read the SG News on Rabies

Reptile farming is a relatively new form of animal production that began when the demand for their skins could no longer be satisfied by unregulated wild harvesting. Consequently, the international export rate of reptiles and their products have steadily increased over the years as well, making their skins the most exported product with a rate reaching 65.4%. As part of the OIE mandate and to address the increasing need of ensuring captive and wild reptiles’ welfare during the process of killing, a new chapter on killing of reptiles for their skins, meat and other products was adopted by OIE members.

Considering that the anatomy and physiology of reptiles is distinct from those of mammals and birds, appropriate methods need to be used for restraining, stunning or killing them, as it is described in this new chapter, as well as the competencies needed for animal handlers.

Watch this spotlight with the Deputy CVO of the Swiss Federal Food Safety and Veterinary Office, a country deeply involved in the process of this chapter: Dr Thomas Jemmi, explains how these new standards will improve the health and welfare of reptiles worldwide.

How will the new Terrestrial Code chapter on the welfare of reptiles
address the process of killing to improve reptiles’ health and welfare worldwide?

Amendments were made to several chapters in the Aquatic Code and Manual. Notably, a new article was adopted in the chapter on criteria for listing species as susceptible to infection with a specific pathogen. The article provides a new mechanism to list susceptible species at the taxonomic ranking of Genus or higher. This approach, which is intended to only apply to OIE listed diseases with a broad host range, means that all possible species susceptible to a certain infection will be addressed by the relevant disease-specific chapter, ensuring their safe international trade.

How can Veterinary Services get prepared for the challenges of the future?

In a constantly changing world, external factors such as climate change or conflict have an impact on the Veterinary Services, threating to affect their contributions to sustainable development. Being able to assess and plan, thus becomes essential for reducing the future impacts of these factors. One of the Technical Items presented this week aimed to identify and analyse how prepared Veterinary Services are and what could help them to be better prepared.

Although most OIE Member Countries are concerned about several external factors, less than two thirds assess them. As highlighted in the presentation, the vulnerability of Veterinary Services can be reduced through adaptation and mitigation strategies based on planning and reactive adjustments to change. Countries were encouraged to increase their level of awareness and get prepared for external factors effects through the development of a risk register, foresight exercises and institutional risk assessments.

The OIE will continue to use the Performance of Veterinary Services Pathway (PVS) to increase management, planning and leadership skills as a way to support its Members in improving their capacities to cope with changing world situations.

What is the state of play of the global animal health situation?

One of the key missions of the OIE is to ensure transparency of the global animal health situation, including zoonoses. The situation of global animal health was presented to the Assembly based on the reports submitted to the OIE by Member Countries between January 2018 and March 2019. The General Session was also an opportunity for Member Countries to discuss the main successes as well as the gaps that still remind in the reporting of the information and how the renovated OIE-WAHIS will contribute to fill them.

Particular attention was paid to specific diseases based on their main routes of spread, namely vector-borne diseases (Rift Valley fever, West Nile fever and bluetongue) and diseases spread through the movements of animals and their products (avian influenza, infections with koi herpesvirus and Batrachochytrium salamandrivorans).

Read the press release on the global animal health situation

A global initiative to stop the spread of African swine fever

African swine fever (ASF) continues to spread across the world, killing domestic and wild pigs and heightening panzootic risks for all countries. After the presentation of a report on the ‘Strategic challenges to global control of African swine fever’, the OIE received from its members the mandate to address ASF by improving national, regional and global coordination, under the umbrella of the Global Framework for the progressive control of Transboundary Animal Diseases (GF-TADs). Through a resolution, the OIE took over the leadership to work in collaboration with FAO to identify key pillars required for the global control of ASF, in compliance with the relevant OIE Standards, and to support the establishment of expert networks and research alliances around the world, among other actions.

The next steps in the renovation of the OIE World Animal Health Information System (WAHIS) were presented, as well as the innovative solutions that it will bring to the global health community. The new OIE-WAHIS is planned to go live in the first part of 2020.

The development of the scaled-up version of WAHIS is at the core of the OIE 6th Strategic Plan and will offer new features making it much easier for Veterinary Services to report animal disease outbreaks in their countries. These features will be designed to facilitate the reporting process, the flow of information from national to international level and the management of access to the data entry platform.

Consequently, this new user friendly, intuitive and more efficient platform will contribute to filling some of the reporting gaps of OIE Members while ensuring the multiple benefits of enhanced transparency on the animal health situation worldwide.

What additional steps were taken in the global fight against antimicrobial resistance (AMR)?

The 87th General Session reflected on the progress made following the Second OIE Global Conference on AMR held in Morocco in October 2018. A series of recommendations were released at the conference to support the work of the OIE, as well as its Members, in the surveillance and control of AMR and to strengthen the collaboration between the Tripartite Organisations: OIE, Food and Agriculture Organization of the United Nations (FAO) and World Health Organization (WHO).

Through a resolution, the OIE Director General and Assembly of Delegates established a permanent Working Group on AMR to strengthen the expertise of the organisation to support the OIE Strategy on AMR and respond to global developments. With this added capacity, the OIE will also better contribute to a strong Tripartite partnership and its implementation of the recommendations of the Ad hoc Inter-agency Coordination Group (IACG) on AMR that were presented in a report to the United Nations (UN) Secretary General in April 2019.

What is the new composition of the OIE network of scientific expertise?

The OIE has access to leading knowledge and skills thanks to its global network of Reference Centres composed of Reference Laboratories and Collaborating Centres. The sharing of information among these various institutes has proved vital to the achievements in animal health and disease control throughout the world. In 2019, new institutions have been approved by the Assembly of Delegates, bringing the number of official OIE Centres of scientific excellence to 312, located in nearly 50 countries in all five OIE regions.

All the Resolutions adopted by the 87th OIE General Session

Interested in receiving more news from the OIE in your email? 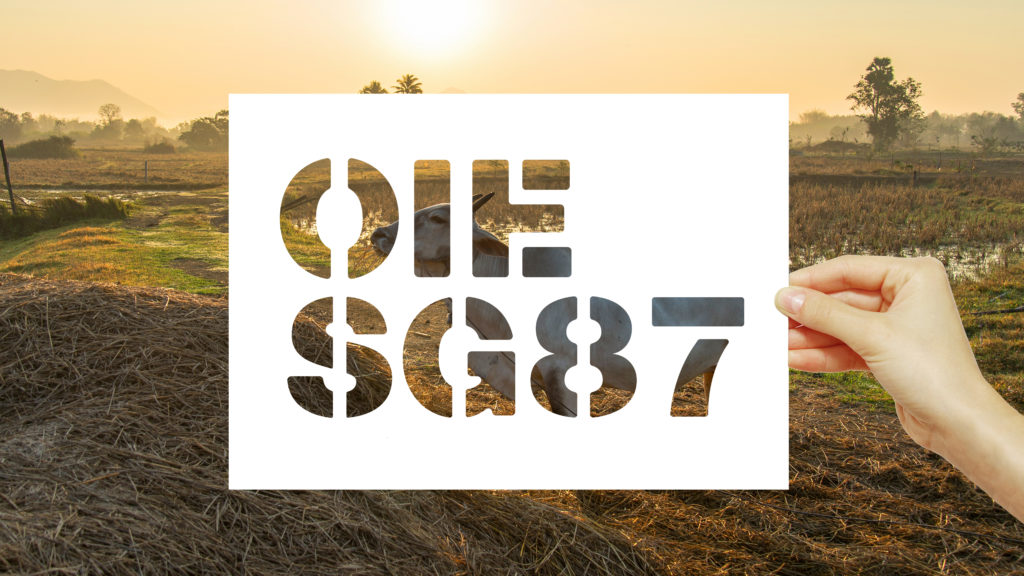