Faced with an ever-changing environment that brings new threats and trends in the spread of animal diseases, the OIE highlights to Member Countries the importance of surveillance and preparedness and the need to pursue the reporting of new outbreaks in a timely manner. Collaboration and transparent communications are key to facing animal health challenges, including those linked to climate change and globalisation, as shown in a report presented today during the 87th OIE General Session.

Climate change and international trade can have an important impact on the spread of infectious animal diseases and epidemics. The evolution of land-use practices and human population distribution are closely related to these factors. Indeed, climatic effects, such as the El Niñio phenomenon or heavy rains influence the distribution of mosquitoes and ticks which play a role in the transmission of what are called vector-borne diseases. Furthermore, the expanding trade of animals and animal products trade induced by globalisation continues to provide risk pathways for the introduction of animal diseases into new territories.

The conclusions of the annual OIE report on the global animal health situation were presented today to the World Assembly of national Delegates. Based on information reported through the World Animal Health Information System (WAHIS) by 191 countries and territories between January 2018 and March 2019*, the report also provides recommendations to countries to help them better anticipate potential threats.

Climate change can have an impact on the spread of vector-borne diseases in animals and affect animal movements, such as wild birds’ migrations and livestock transhumance. Three vector-borne diseases with a high impact on animal health in 2018 were brought to the attention of Member Countries, with the OIE recommending the following measures to tackle them:

An increased number of Rift Valley Fever outbreaks, including human cases, was reported by 9% of countries (out of the 192 reporting countries and territories) in East Africa as well as in several European countries. This important zoonosis, transmitted through mosquitoes, causes severe diseases in ruminants and humans.

Bluetongue continues to raise global interest, given its accelerated spread in recent years and its potential for further spread in the future, considering that since 1998, the disease has been found outside of its traditional geographical location and is now present in almost one quarter of reporting countries and territories from nearly all regions.

Another challenge for veterinary and public health services is West Nile fever (WNF).
This disease circulates through a complex cycle which involves mosquitoes and birds, while affecting the health of humans and horses. Its presence was reported in 14% of the 191 reporting countries and territories from four continents, with half of them located in Europe. The disease is seasonal, with a peak between June and November, linked to increased mosquito activity in the Mediterranean Basin, where historically most affected countries have been located, until the expansion of its distribution in recent decades. The increase of outbreaks observed in animals coincides with an exceptional increase in the number of human cases in Europe, as reported by the World Health Organization (WHO), with a transmission season in Europe which started earlier than in previous years due to high temperatures and heavy rains.

International trade is known to create risks for the propagation of animal diseases. To manage this risk, it is essential that countries implement OIE international Standards for trade of animals and animal products, including those related to national risk management such as farm-level biosecurity, early warning surveillance systems, and contingency planning. International collaboration and the reporting of outbreaks through WAHIS are also essential to enable countries to implement effective surveillance and control measures and to reach a better understanding of the global situation.

Avian influenza has been of concern to the global community for many years now, and the accelerated spread of two diseases of aquatic animals has been linked to trade movements.

Highly pathogenic avian influenza is of concern to many regions around the globe due to its multiple outbreaks causing significant consequences for livelihoods and international trade. The diversity and evolution of strains reported in poultry is remarkable and adds to the complexity of the disease’s epidemiology driven from genetic evolution in wild birds, particularly migratory water fowl. Between 2018 and early 2019, a quarter of the 191 reporting countries and territories from all regions indicated its presence, with H5N1 and H5N8 being the most reported subtypes.

Given its potential zoonotic impact and the ability of strains to evolve, countries are called upon to maintain a high level of surveillance, including in wild birds, report potential outbreaks in a timely manner, and self-declare freedom from the disease on the basis of their surveillance systems.

Two aquatic animal diseases have been of growing concern over the last years: infection with koi herpesvirus and with Batrachochytrium salamandrivorans. The first due to its economic impact and the second, to its potential devastating effects on biodiversity of amphibians. Considering the lack of information available, countries are encouraged to escalate the surveillance and monitoring of these diseases.

Infection with koi herpesvirus is a contagious disease in several species of carp, which has been spreading to many countries in all regions over the last twenty years, predominantly through the trade in koi carp. Carp are an important global source of food and among the most economically valuable species in aquaculture. In 2018 and early 2019, it was the most frequently notified aquatic animal disease, in 17% out of the 127 reporting countries and terrirories.

Infection with Batrachochytrium salamandrivorans is currently considered as one of the main cause for the global decline of amphibians, particularly of European fire Salamanders. During 2018 and early 2019, only 2% out of 124 countries and territories reported its presence. Current evidence strongly suggests that salamandrivorans is endemic to Asia and that species within this region may act as a disease reservoir. A cooperative effort across nongovernmental organisations, government agencies, academic institutions, zoos and the pet industry is required to avoid the potentially catastrophic effects of B. salamandrivorans on amphibians outside of the pathogen’s endemic regions.

* Please note that the figures indicated in this press release have been updated as of 20 May 2019 and therefore slightly differ from those of the report whose data are from March 2019. 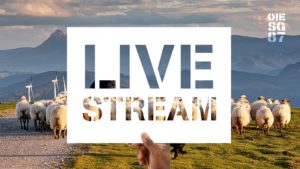